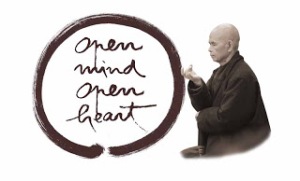 A chapter I recently read on handling diversity in the classroom ended with: “sensitivity alone is insufficient to deliver a quality curriculum” (Davis-Russell, 2007). This observation resonated with me, as a relative newcomer to multicultural education.   I’ve found that as I become more aware of cultural issues, I am becoming concurrently aware of my own difficulty handling cultural topics in the classroom. Seeing the issues arise in the academic setting is not the same thing as knowing what to do with the difficult topics and discussions as they arise in class.

An example of this happened in a class of mine, in which the students were discussing stereotypes and privilege. A cis-gendered white female student said: “I know how hard it can be to grow up without privilege. People look at me and think that I come from an educated, wealthy, privileged background, but I come from a small town and no one encouraged me to go to college.”

While some students nodded their heads in agreement, I could feel others hardening with disengagement. Moreover I felt myself resonate with the hardening students, as I felt like this student was closed off to acknowledging the privilege from which she did benefit.

As I stood in front of class, I had only a microsecond in which to make a decision. How should I respond? By encouraging the student to say more? By shifting attention to the hardening students, who generally seemed to be those with more obvious minority statuses? Or by avoiding the issue entirely and moving on in the lecture?

Young (2007) suggests that four elements come together to help faculty deal with difficult dialogue: (1) creating a climate for inquiry, (2) focusing on cognitive inquiry, (3) focusing on emotional inquiry, and (4) developing skills for mindful listening. Many of these skills are taught to young therapists-in-training and we as teachers can use them in the classroom to help students broaden their self-awareness. (See her chapter in Teaching Gender and Multicultural Awareness: Resources for the Classroom)

After reading this chapter, I am encouraged to deal with this kind of situation differently. If I have a similar difficult issue emerge in the classroom, I think that I would like to take a moment, stop the class, and invite each person into the process of gentle cognitive and emotional inquiry; inviting each person to be curious about their own thoughts and to acknowledge their feelings in the same way they would if they were listening to another person. They might ask themselves “What’s going on here?” “Why am I so angry?” “Why did I wonder off and not want to think about this?” Or “Why do I feel so nervous?” Through mindful self-inquiry they might attain deeper levels of awareness.

I wonder how you would handle this situation? And how do you use mindful inquiry to support multicultural awareness in the classroom?