Diversity in College Admissions: Does Affirmative Action Have a Place? 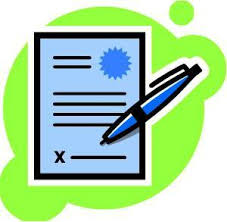 Often, university faculty are involved in the graduate admissions process. We strive to be “diversity” blind, recommending applicants based on their individual academic and civic merits rather than ancestry, socioeconomic status, or gender. Meanwhile, at some level we must balance our goal of admitting the “best and brightest” applicants with striving to create an on-campus environment of diversity, acceptance, and inclusion. Widener University’s mission statement includes “…lead by providing a unique combination of liberal arts and professional education in a challenging, scholarly, and culturally diverse academic community”.   How can we best support our mission of creating a diverse academic diversity and be fair to all applicants? What is the right balance?

Looking to the law may not provide a conclusive answer. Supreme Court justices upheld the inclusion of race in the admission process in a 5-4 decision, but only when it was considered along with other factors in a case-by-case basis.

In once case, Justice Sandra Day O’Connor defended the use of race in admission, writing in the majority opinion that the Constitution, “does not prohibit the law school’s narrowly tailored use of race in admissions decisions to further a compelling interest in obtaining the educational benefits that flow from a diverse student body.” O’Connor, however, also noted that affirmative action should not be granted permanent status and should eventually give way to a colorblind admission system.

Educational institutions are unsure how to meet the goal of a diverse student body, without specifically and purposefully admitting students from diverse cultures. Do applicants whose scores, grades, and activities exceeding those of accepted minority student have the right to protest? Is there a numeric score that can quantify the diversity of an applicant, and if so, how much does this weigh on an application?

More recently, in an article in USAToday on 2/11/15, the courts upheld the University of Texas’ use of affirmative action to “round out” its student population.

Should applicants be accepted into collegiate educational programs based on credentials alone? OR, is there a greater good to society to promote a diverse student body and a community of acceptance? If there is validity to the “greater good” concept, how much weight does diversity have when it comes to accepting students? What do you think?

← Cultural Incompetence: Responsibility to Respond or Not?
Rude Foreigners →